An amazing building can be found on the outskirts of Felanitx in the Southeast of Mallorca, a massive piece of architecture in a post-Modernismo style, the Bodega Cooperativa, locally known as Celler Cooperatiu Es Sindicat. This large-scale winery was built in 1921-22 by Guillem Forteza when Felanitx happened to be a major centre of wine making. The business was run until 1991 when the cooperative set-up  ran out of steam and was forced to terminate its activities.

The building was classified by the Consell de Mallorca in 2001 as a BIC (Bien de Interés Cultural), a type of heritage monument. Sadly, some of the glamour of the building has been spoilt by vandalism and defaced by graffiti.

One can assume that one is not allowed to enter the building. It is all boarded up even though some entrance points are left open due to carelessness or neglect. There are obvious dangers and safety risks. The erstwhile bodega has not been used for wine making for well over twenty-five years and consequently, its installations are run-down, ramshackle, decrepit and in parts, simply ruinous. By the same token, the place is fascinating for its sheer size, its magnitude in ambition, the visual beauty of some of its details and the massive dimension in storage facilities for hectolitres upon hectolitres of wine. The massive silo tanks were built on-site in concrete and must have held some 10,000 litres each, or even more. There are about 130 of these tanks, allowing for a total of perhaps 1,500,000 litres of wine being macerated and consequently subjected to the fermentation process, all at the same time. Plus, there are a dozen or two cistern-like storage tanks, holding up to 30,000 litres each, plus four massively big cylindrical storage steel tanks outside holding perhaps 100,000 litres, or even more, each. They must have drunk a lot of wine in the old days, here on the island. There is no bodega of this enormity in present day Mallorca. 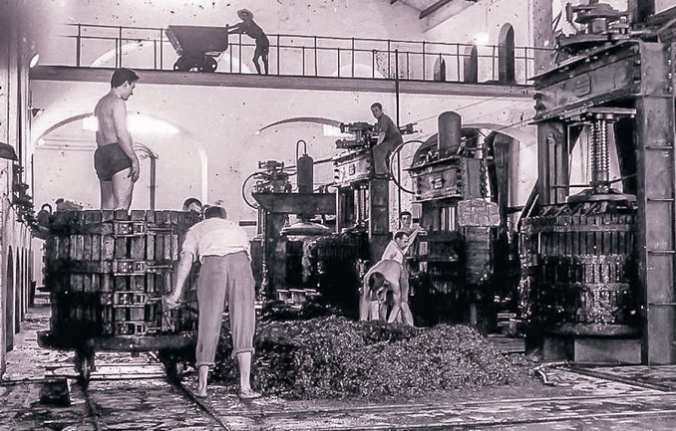 An interesting website on the Internet is run by a circle of friends of the old Sindicat building, should you want to know more and in greater detail. From that website, we have borrowed a video dating from 1929 documenting the construction of the building, the wine making process and the transportation of the Bocoyes (wooden wine barrels of 640 litres capacity) by train:

Our very own oenologist, Luis Armero Gonzáles, worked at Es Sindicat as Head of Operations from 1982 to 1986 before setting up his own bodega in Felanitx, Armero i Adrover. During Luis’s time the Felanitx wine cooperative produced some staggering 1,800,000 litres of wine per annum, mostly Rosé but also some 25 % of red and perhaps 15 % of white wine. 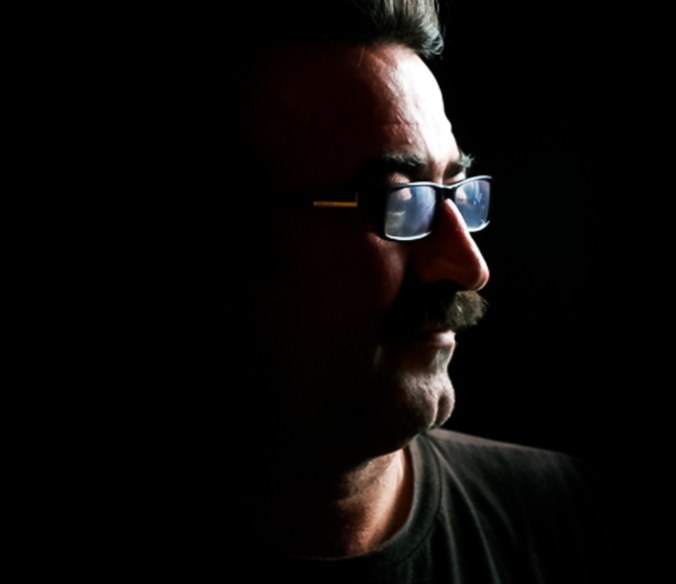 The Felanitx town hall has been trying to acquire the Sindicat building for a number of years now with the idea of converting it into a place of cultural and historical interest, possibly with the help of Felanitx-born artist Miquel Barceló. These plans have not come to fruition as yet and currently an application is being considered to dispossess the current owners on the grounds of negligence and for causing a safety and health hazard to the public. 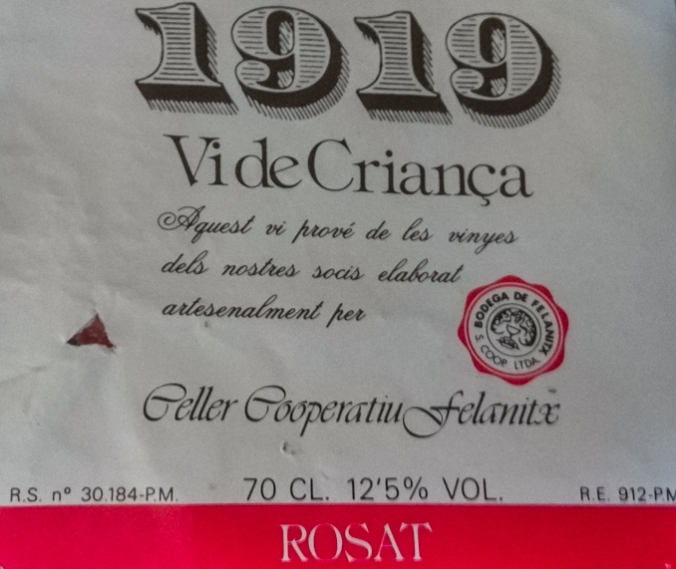