Son Alegre is a Mallorcan vineyard from Santanyí. Our land is Mallorcan, our soil is Mallorcan and our climate is Mallorcan. Our language is Mallorcan and many of our customers are Mallorcan. But not all of them. As you well know, Mallorca is a popular destination for residents from many other parts of Europe as well as for tourists from all corners of the world, including many Germans, Brits, Scandinavians, Dutch, French, Italians, Americans and Asians. That’s why we made our website a multilingual website, with all the information given in Catalan, Spanish, English and German. As it happens, we are just about to put on French as a fifth language.

This blog has an international following. We have readers and followers from Spain, the UK, France, Germany, Sweden, USA, Mexico, Denmark, Brazil, Switzerland, Canada, the Netherlands, to name but the tip of the iceberg, as it were. That’s why this blog is published in English, a language better understood worldwide, certainly better than, let’s say, our own Mallorcan language which in its written form is Catalan.

Anyway, lots of people suggested we entertain the idea of a German language blog version. We have always thought of that as a rather good idea but who has the time? Unlike on our land, we cannot delegate the labour of blogging to the ants or the bees, the ladybirds or the insects; we have to do it ourselves. And what next, after the German version? How about French, or Russian or Japanese?

The answer is, obviously, to do it like we do the work on our land, one step at a time. The first step was the website, the second step was the blog in English, and now it is time for the third step. We are proud to announce that a new, German language blog has been created under the name of Weingut Son Alegre and it is online as of now. If you speak German, that’s were you might want to go from now on.

And if you speak Spanish or Portuguese, French or Russian, Japanese or Hindi, with a bit of luck we might get there, too, eventually. One step at a time. 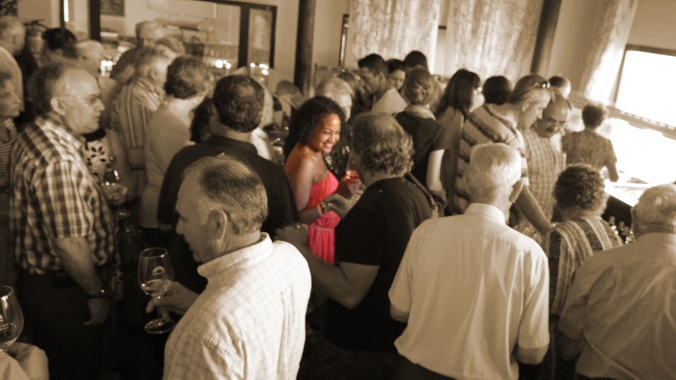