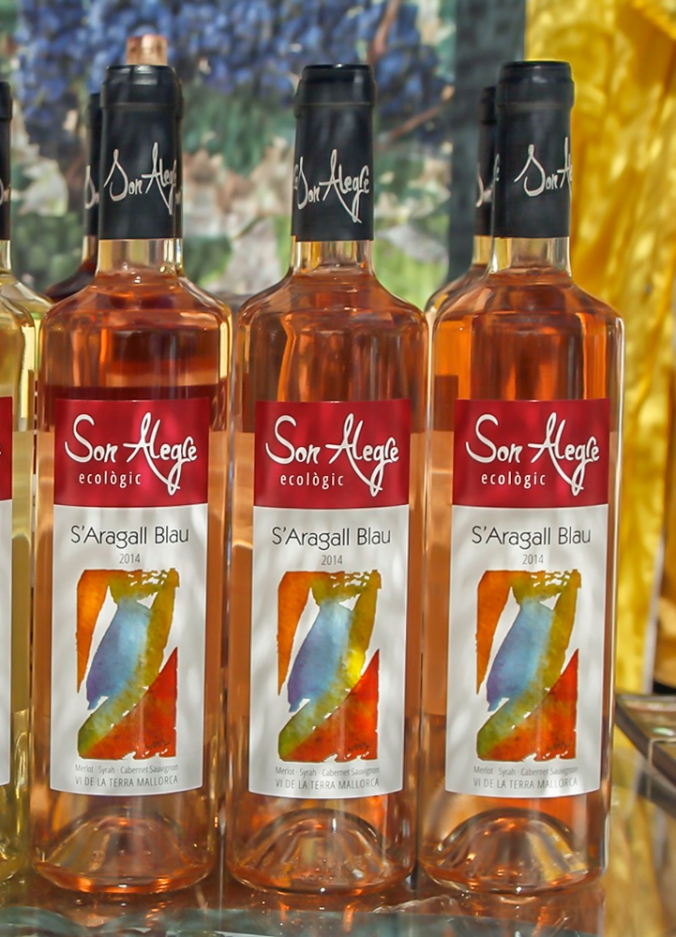 Our new organic Rosé wine S’Aragall Blau 2014 is a composition of Cabernet Sauvignon and Merlot grapes with a dash of grapes of the Syrah variety. All grapes were harvested by hand in the second week of September of last year on our land at Son Alegre near Santanyi in the southeast of Mallorca where the coastal hinterland of Santanyí joins the hills of the Mallorcan Sierra de Llevante (altitude 61 – 72 m). The vineyard benefits from the Sierra’s moderating impact on climate as well as from the thermal conditions of the coastal area, at 7 km from the Mediterranean Sea to the South-East and 12 km distant to the West.

The vinification of our S’Aragall Blau 2014 Rosé wine was conducted at a controlled temperature of between 15 and 18º C during the fermentation process with 20 days of maceration. The fermentation took place in stainless steel tanks. The aging process occurred over six months in tanks plus a further three months in the bottle.

The wine was bottled after a gentle clarification and filtration in March 2015. The alcohol content is 13.5% vol. Only 8,000 bottles were produced. If you are a small vineyard you can’t expect a high output in volume.

The S’Aragall Blau 2014 Rosé wine is best served chilled at a temperature of 8º C and is best consumed during the warm days of Spring and the hot days of the Mallorcan Summer.

The design of this wine’s label artwork was created by Aina Noguera Tugores. Thank you, Aina.