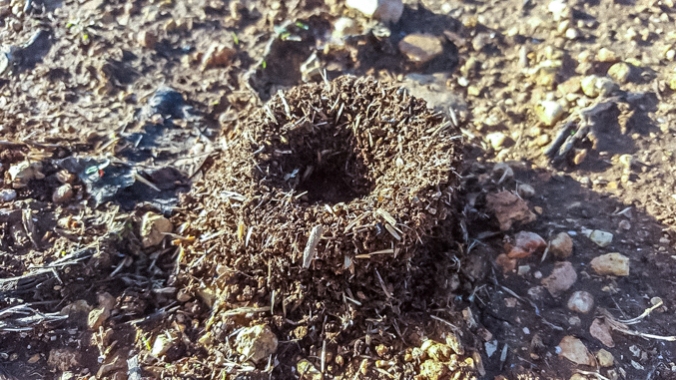 In life, one often tends to overlook the little things and yet, some of them can be of the utmost importance. Ants, for instance.

Ants are indispensable for the ecosystems. There are some 22,000 ant species known worldwide, it is said. We do not know how many of these one can find in Mallorca, but plenty there are if one bothers to look out for them. There are more ants on this island of Mallorca than humans, including the 12,000,000 plus visiting guests that Mallorca welcomes every year. A hundred times more. There may be more than that on our land alone, the Son Alegre finca. 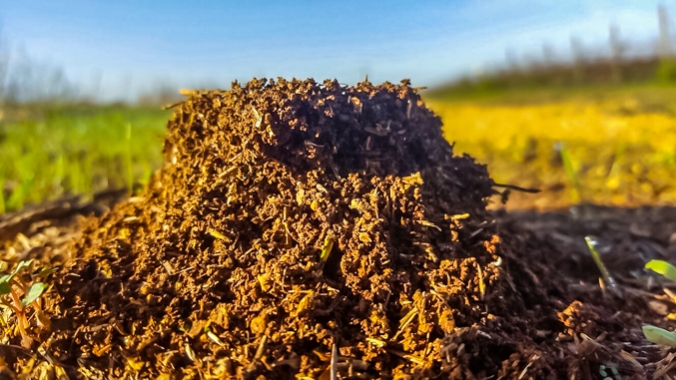 Ants form colonies that range in size from a few dozen predatory individuals living in small natural cavities to highly organised colonies that may occupy large territories and consist of millions of individuals. Larger colonies consist mostly of sterile, wingless females forming castes of “workers”, “soldiers”, or other specialised groups. Nearly all ant colonies also have some fertile males called “drones” and one or more fertile females called “queens”. The colonies sometimes are described as super-organisms because the ants appear to operate as a unified entity, collectively working together to support the colony.

(quoted from Wikipedia, thank you very much)

Our ants are working on our land day in and day out, all year long. Now, after this year’s grape harvest has been completed, they are coming out in force, building new nests and a plenitude of new mounds. Below the surface and far from the human eye, the ant colonies are very complex. There are some simple excavations of only a few tunnels and chambers, but there are also far more complex systems with many chambers of various sizes, and interconnecting tunnels. The environment within an ant nest is strictly controlled by the ants. They can open and close various entrances to provide more or less air circulation. The lower parts of the nest tend to be cooler and perhaps damper and ants will often move their brood from various parts of the nest if it gets too cool, too warm, wet or dry for the larvæ. This is why it is vitally important not to dig into an ant nest purely out of curiosity. We let our ants simply get on with their job of airing our soil and distributing organic matter to where it is most needed. 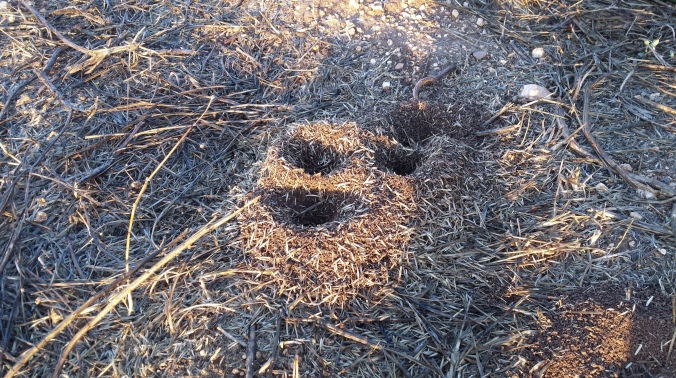 Our motive is to let nature be undisturbed in the best possible way. The more we respect the holistic interaction of the microcosm of our vine plants with the native flora, often mistakenly called weeds, and their interaction with native insects, be that bees, ants, bugs or any other tiny creature, not to forget the Ladybird, the more thriving and healthy our grapes will grow. Nature always knows best. 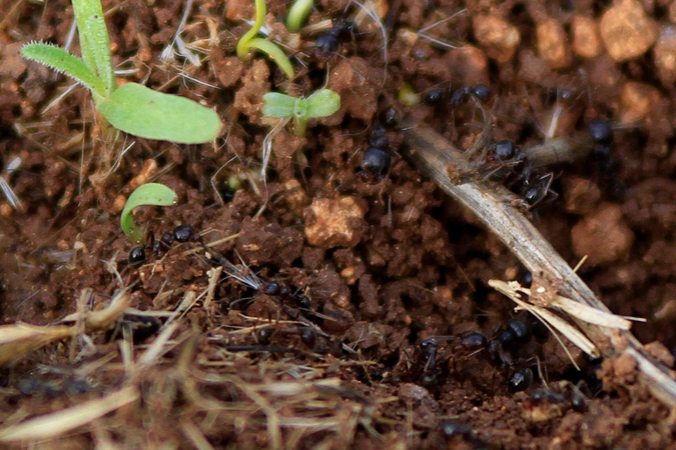 (This information is quoted from www.buzzle.com. Thank you very much.)

We honestly don’t think we could run our land or our business without the good help of these little creatures, the ants, our little friends. Thank you all so much, little ants.